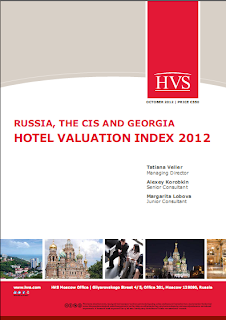 According to the study, Tbilisi hotel market demonstrated a 14% increase in 2012 versus just 1% in 2011. Performance of hotel market in Tbilisi is called as strong, allowing to move up three places since last year, recording a per room value at approximately €177,000. Tbilisi behaved exceptionally well in the value ranking, going up to 7th place, while most of the other markets maintained their rankings.

"Improved operational performances allowed Tbilisi to climb into the top three markets by increase in value in 2012 (14%), from €155,000 to €177,000", - point out the authors of research. "Improvements in the economic environment and investment climate in Georgia, coupled with cancellation of the visa regime for EU, US, Canadian and CIS countries' citizens assisted in developing the tourism industry. The growth in demand has offset the 11% increase in room supply in Tbilisi and resulted in a noticeable increase in occupancy (up 14%)."

HVS has forecast hotel values in Tbilisi to improve in the medium term, reaching approximately €262,000 per room in 2017.

This article was reposted by: