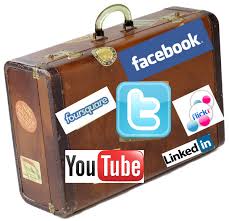 "I can say explicitly and unequivocally that tourism is a priority area for us. We are well aware of importance of tourism development for the country and we will promote it in future. We realize  that development of  tourism industry means many jobs and a possibility  to fill our country's trade balance deficit. We met several times with representatives of tourist companies, "- Kumsishvili said.

"I proposed the establishment of an advisory council where seven - nine members would be  elected by the tourism sector. They will help to formulate policy of the tourism industry. I also met with Tour Operators Association and discussed a number of issues, "- Kumsishvili notes.

At the same time, he adds, the government is not going to spend 10, 20, and 30 million for an advertising campaign, but the country's tourism promotion is necessary. According to the Deputy Minister, the government has reasonable calculation that money can be more efficiently spent, and activity can be moved to social networks, because the polls show that when people decide traveling ads, photos and comments in the social network affect 75-80% on their choice.

As for international exhibitions, this year 25 press and informative tours are planned in the frames of which journalists and tour operators from the target markets will come.

Dimitri Kumsishvili said that an efficient methodology for touristm statistics was created. As a result  researches will be conducted in accordance with new methodology from the  next year, and the actual numbers of tourists and visitors will be revealed.