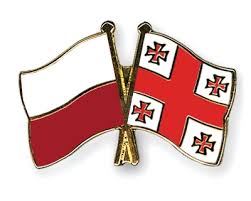 08.04.2013. The number of Polish tourists visiting Georgia increased by 94 percent in 2013 compared to the same period of 2012, according to the Georgian Tourism Association.

About 21,000 Polish tourists visited Georgia in 2012. The majority of them visited the country in the summer.

An increase was observed compared to 2011 as well, when just 12,103 polish tourists visited Georgia, according to the National Statistics Office of Georgia. In total 5,053,046 people arrived in Georgia that year. Among them, 2,233,589 were citizens of Georgia and 2,819,457 - the citizens of other countries.

The number of tourists that have visited Tbilisi from Poland since January 2013 is 634.

“Nowadays, when tourism is considered to be one of the main supporters of economic development, it is important to strengthen the tourism relationship with European countries and with Poland as well,” said Nata Kvachantiradze, Director of the Georgian Tourism Association. “Georgia has always been a very attractive destination for Polish tourists due to its rich natural and cultural heritage. Polish tourists are mostly interested in culture, wine tourism as well as summer and winter resorts,” she added.

Participating in different exhibitions, inviting Polish journalists to Georgia and arranging press tours for them are all ways in which Georgia is trying to attract more tourists from Poland, according to Kvachantiradze. “Georgia was represented at the exhibition in Poland to better introduce its tourism potential to Polish tourists in 2012. Georgia arranged press tours for Polish journalists and representatives of Polish tourism companies. As for this year’s plans, Georgia will take part in the Tour Salon exhibition which will be held in Poznan, Poland, in October. Again, this exhibition (as well as the previous) is important for making more tourists interested in our country,” she added.

The tourism industry is considered one of the best fields in Georgia, improving every year, according to Marcin Zaremba, Head of Georgian Mystery, Polish tourism company in Georgia. According to him, Vardzia, Sighnaghi, Kazbegi, Kutaisi, Akhaltsikhe and Gareji are the places in Georgia most visited by Polish tourists.

“The potential for tourism from Poland to Georgia but also from other countries is very high. Many people see Georgia as a country away from the EU, behind high mountains and located in the middle of the Caucasus that offers a lot of adventure, pure nature, spectacular mountains, culture with monuments that do not exist anywhere in the EU, and open-minded residents. Also our mentality is comparable to Georgians. That’s the reason we can very quickly find a common language,” Zaremba said.

Direct flights between the two countries is one of the advantages that supports the strengthening of a tourism relationship, according to Genadi Arveladze, Head of the Foreign Trade and International Economic Relations Department at the Ministry of Economy and Sustainable Development of Georgia. Following LOT, another Airline Company - Wizzair, is starting flights from April.

“One of the biggest achievements in bilateral relationships is that from April 2013 Airline Company Wizzair will be entering the Georgian market and starting flights from Kutaisi Airport to Warsaw and Katowice,” said Genadi Arveladze. “Just three hours after announcing these flights more than 500 tickets were sold via the internet. Wizzair is the largest low-cost carrier airline company in Central and Eastern Europe. Accordingly, customers are now given the possibility to travel for less,” he added.

“In just the past few years Georgia has become a popular tourist destination for Poles,” said Maciej Chrzanowski, Economic Officer at the Polish Embassy. “This success is based on several factors: Georgian Government-sponsored promotion activities, a deeply entrenched positive image of Georgia and Georgians dating back to times when both nations were dominated by the Russian Empire and just recently - a bestselling book by a Polish journalist and his wife about their adventures in this country, starting with him being a war correspondent up until the time when they got married in Georgia. It is therefore now trendy to go to Georgia for one’s honeymoon or just pay a visit as a tourist following the routes described in the book,” he added.

“Opening the new low-cost connections to Kutaisi from Warsaw and Katowice and upgrading the regular Warsaw-Tbilisi flight to an everyday basis should help to attract even more Polish tourists than last year,” Chrzanowski added.