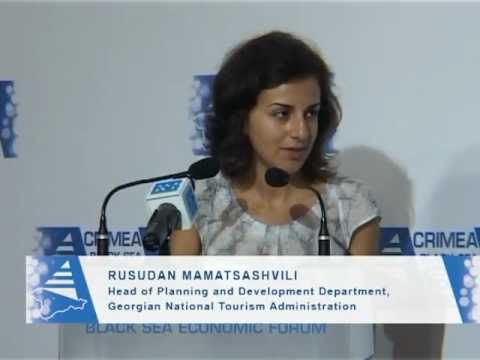 06.06.2013. During the first four months of 2013, the number of international travellers in the country amounted to 1,291,593, which is 32% more in comparison with the same period of 2012. The number was 978,521 in the same period of the previous year. Visitors from neighbouring countries occupy the largest share of these increased figures. Georgia plans to host over 5 million visitors by the end of 2013.

“Political stability, transportation, impressions from previous visits and marketing activities in which our administration is engaged are the main factors causing this increased number of international visitors,” according to Rusudan Mamatsashvili, Head of the Planning and Development Department at the Georgian National Tourism Administration (GNTA).

“Due to the significant increase in international travellers in the first four months of 2013, it is anticipated that this trend will continue over the next few years. As previous years’ data shows, summer is the peak time for travellers’ entrance to the country. Therefore, we predict that in 2013 Georgia will host more than 5 million international travellers,” said Mamatsashvili.

The most popular destinations for foreign visitors in Georgia are: Tbilisi - with 45%, and Batumi, with a slightly lower percentage - 40%. Other cities have fewer visitors. The share is as follows: Marneuli - 8%, Rustavi - 7%, Kobuleti - 5%, Mtskheta - 4%, and Kutaisi - also 4%. Other places have less than 4%. It is interesting that among those who visit Georgia for recreation, entertainment and leisure the top destination is Batumi with 65% and only one third (36%) visit Tbilisi. Kobuleti is visited by just 9% of foreign visitors.

According to Mamatsashvili, total expenditure of international visitors amounted to GEL 1,411 million last year. This year’s figures are currently in the process of being calculated. Food and beverage - with 28%, and accommodation - with 21%, make up the largest share of foreign visitors’ expenditures.

“The majority of foreign visitors - 86%, are from neighbouring countries: Turkey, Azerbaijan, Armenia and Russia. This tendency has lasted for a long time and we do not expect any significant changes in this regard,” Mamatsashvili said.