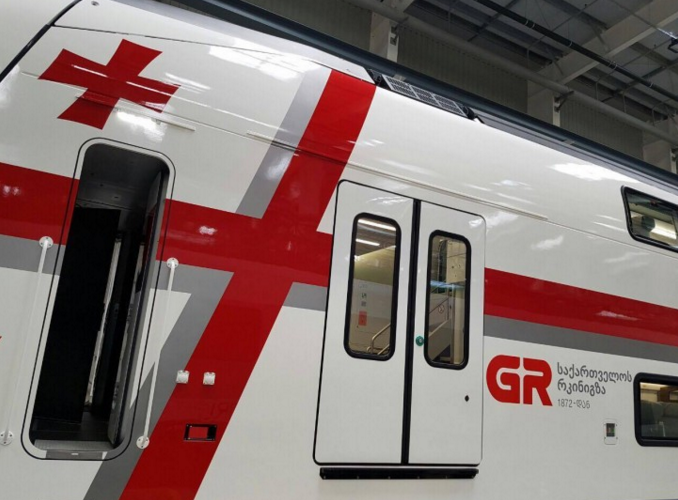 The EMUs are to be delivered between June and September and will be deployed on fast services between Tbilisi and the Black Sea resorts of Batumi, Kobuleti and Ureki. GR said the new rolling stock would improve passenger comfort and help to support tourism. The new trainsets would be fully compliant with European safety standards, and be the first Georgian trainsets to be ‘completely adjusted to the needs of physically disabled persons’, GR added.

Each new train will be able to service about 530 passengers at once and reach a maximum speed of 160 km/h.

Georgian Railway says it has no plans to raise the cost of tickets. At present, a ticket from Tbilisi to Batumi costs 19-26 GEL.

The KISS EMUs were originally ordered by Russian airport shuttle operator Aeroexpress, which awarded contracts for 16 four-car and eight six-car units in February 2013. However, the fall in the value of the rouble made that contract unaffordable, and a settlement was reached in February 2016 which will see Aeroexpress take only 11 units; two have been delivered so far. Azerbaijan’s national railway ADY has taken over five EMUs from the original order, with four now delivered, and GR has now taken four.
Brand new, modern double-decker trains made in Switzerland have been introduced to the Georgian railway network which will serve passengers travelling between capital Tbilisi to the country’s Black Sea resorts this summer.

An official page of Georgian Railways published first pictures of these latest trains which will be available soon.