How to help those affected by Tbilisi flooding: Bank transfer information

For international friends who wish to assist those affected by Tbilisi flooding we are re-posting the bank account details in two Georgia's banks - Liberty Bank and TBC. 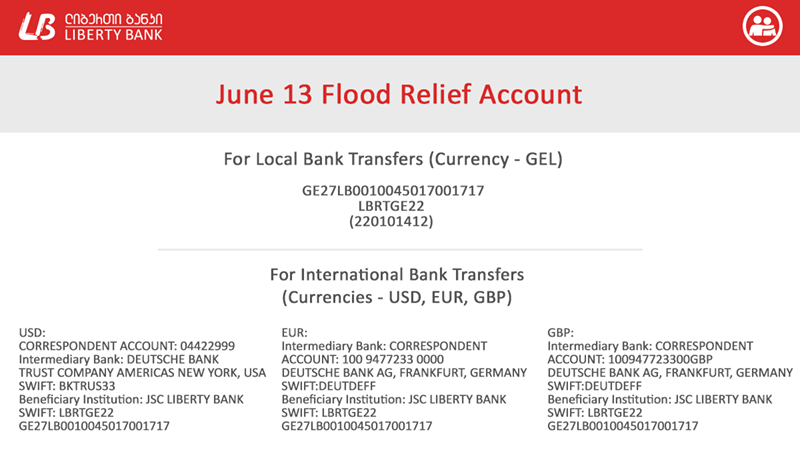 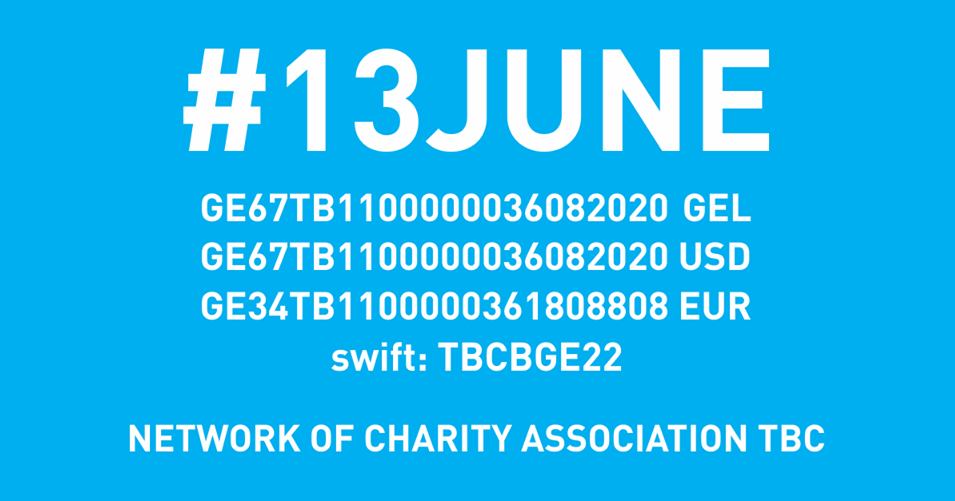 At least 13 people are dead and 11 missing after severe flooding in the Georgia’s capital Tbilisi.

The Finance Ministry has preliminary estimated the flood damage at over $20 million.

The United Nations has issued a special statement regarding the recent events: "The United Nations in Georgia is deeply saddened by the loss of life as a result of the devastating flood in Tbilisi caused by the heavy rainfalls that hit the country on 14 June 2015. The United Nations expresses sincere condolences to the people and Government of Georgia, especially the families of those who have died, been injured or otherwise affected in this disaster".